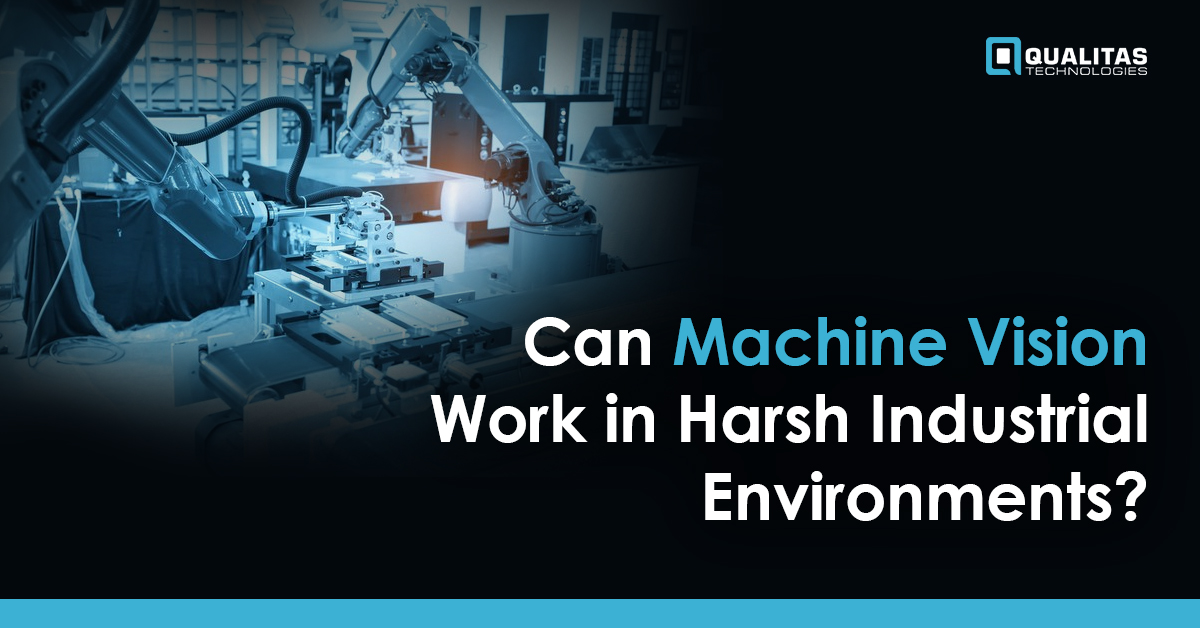 Machine vision is a revolutionary technology, leading to drastic transformations in various industries. But we face unique challenges in different industries for the development of an optimal machine vision system. For example, the  Food and Beverage industry, which must satisfy stringent standards for hygiene and quality, can be a harsh environment for industrial vision systems.

Although most industrial vision machines are created in sterile lab environments, they need to work in challenging conditions in industrial workspaces that can be hazardous or harmful.

What is a Hazardous Environment?

Motion blur refers to the streaking of rapidly moving objects in an image. When objects move during exposure (integration), they may be captured by adjacent pixels. The image appears smeared in the direction of motion of the object.

Temperature variance affects machine vision systems. This occurs where external conditions or the heat generated by surrounding components of the machine exceeds the maximum operating temperature of the sensor.

Increased temperatures can lead to more noise in the image. This thermal noise affects the resolution negatively. In addition, temperature affects the performance of LED illumination. LEDs themselves generate heat as well as light and this can cause malfunctions.

The IP rating format consists of the letters “IP” followed by two numbers and, occasionally, an optional letter. When no protection rating relates to a certain criterion, an “X” acts as the placeholder. Here is how to read it –

How to optimize machine vision equipment?

How to protect industrial vision systems?

To get optimal performance from a machine vision system in an environment having particulate matter, enclosures are built for protection. These can be custom-built as per specifications and regulatory requirements.

NEMA ratings can be used for enclosures for wider acceptability. NEMA 12, 12K – NEMA 12 and NEMA 12K enclosures are intended for general purpose and indoor use. The NEMA 12 and 12K enclosures protect against dripping and splashing water, are rust-resistant, and do not include knockouts (partially punched openings that can be removed to accommodate cables, connectors, and/or conduits).

It is ready to take on the challenges thrown up by harsh and hazardous environments.