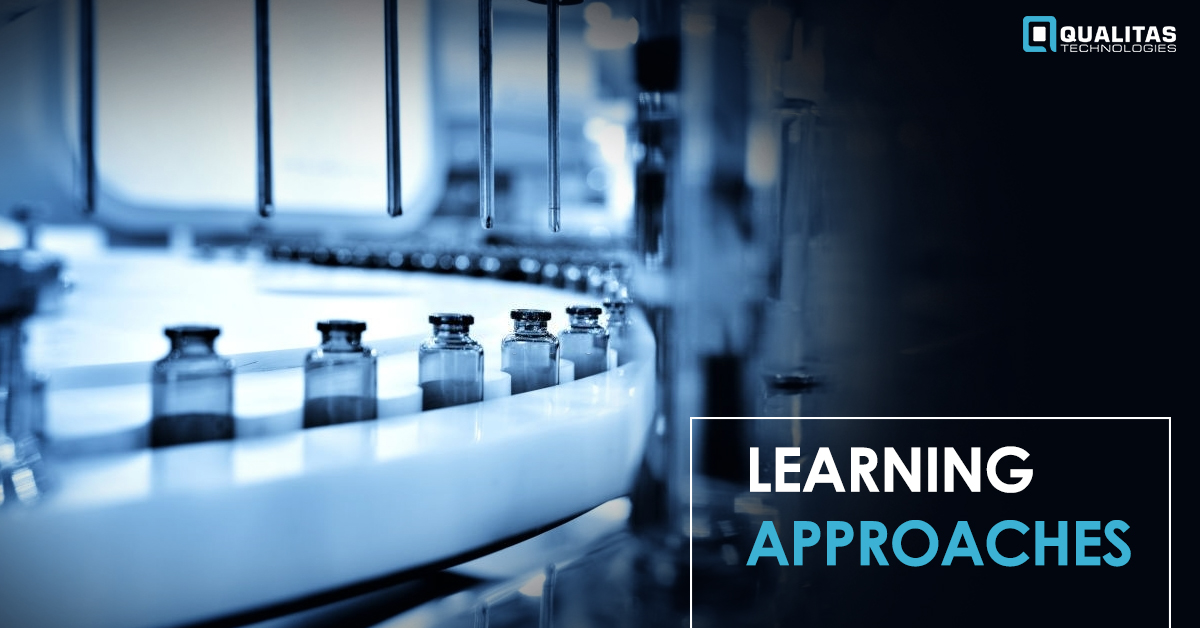 Machine Learning, an exciting branch of Artificial Intelligence, is all around us in this modern world. Machine Learning brings out the power of data in a new way, like Facebook suggesting the stories in your feed and Amazon recommending your products. Machine Learning enables computer systems to learn and improve from experience continuously as it is primarily developed with the ability to access data and perform tasks automatically through predictions and detections.

Machine Learning is one of the core sub-areas of Artificial Intelligence. ML applications learn from experience and data like humans without explicit programming for the same. When exposed to newer and newer data, these algorithms learn, evolve, transform, and develop all by themselves. In other words, with Machine Learning, computers find insightful information without the need to tell them where to find it. Instead, they achieve this by leveraging algorithms that learn from continuous data in a process that is iterative.

There are only a few main learning styles or learning models that a machine learning algorithm can have:

In supervised learning, input data is known as the training data. It has a known label or result such as spam/not-spam or a stock price at a time. A model is developed through training in which it is required to make predictions and is corrected when those predictions are inaccurate. The training process is reiterated until the model achieves the desired level of accuracy on the training data.

Example problems are classification and regression. Logistic Regression and the Back Propagation Neural Network are some popular examples of supervised learning algorithms.

In unsupervised learning, input data is not labeled and does not have a known result. A model is developed by deducing structures evident in the input data. This is generally done to extract general rules and may be carried out through a mathematical process to systematically reduce redundancy, or it may be to organize data by similarity. 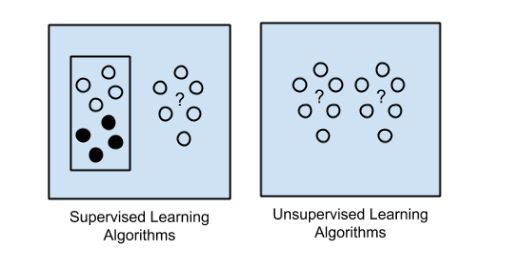 Clustering algorithms are used to describe the class of problem and the class of methods. Clustering methods are usually organized by the modeling approaches namely centroid-based and hierarchal. All methods are concerned with using the evident patterns in the data to best organize the data into groups of maximum similarity.

The most popular clustering algorithms are: 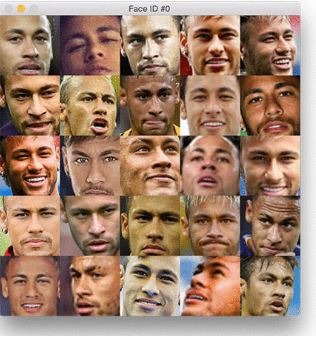 Association rule learning algorithms are used to extract rules that best explain observed relationships between variables in a dataset. These rules can prove to be useful in discovering important and commercially useful associations in large multi-dimensional datasets that can be exploited by an organization to increase profitability.

The most popular association rule learning algorithms are: 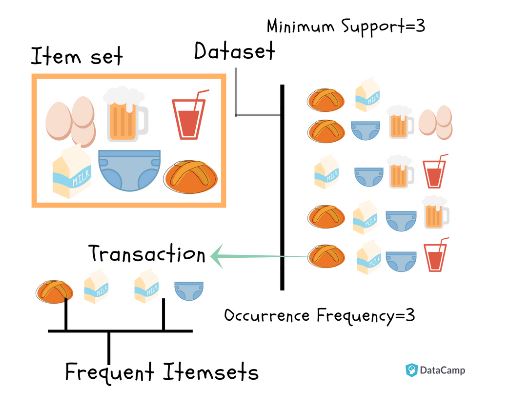 In semi-supervised learning, input data is a mixture of labeled and unlabelled features. There is a desired prediction problem. However, the model must learn the structures to organize the data as well as make predictions accurately.

Example problems include classification and regression. Most semi-supervised algorithms are extensions to other flexible methods that make assumptions about how to model the unlabelled data. 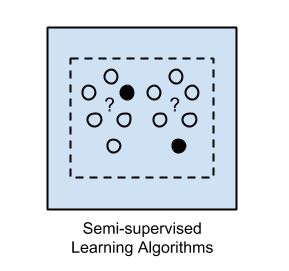 The focus for GAN (Generative Adversarial Networks) is to generate data from scratch, mostly images but other domains including music have been done. However, the scope of application is far bigger than this. In reinforcement learning, it helps a robot to learn much faster. 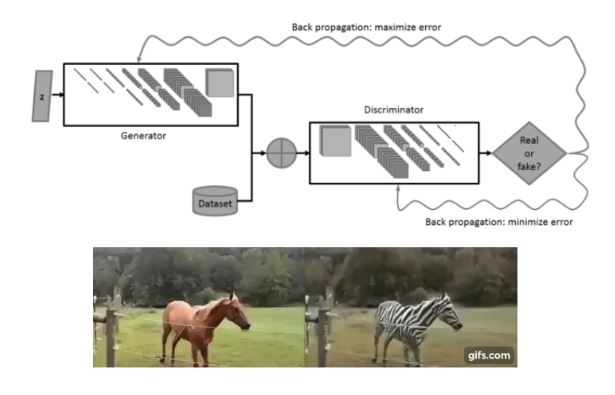 Reinforcement learning is a specialized subfield of machine learning, which is known as approximate dynamic programming or neuro-dynamic programming. Learning concerned with agents who take some sort of action in an environment to maximize the cumulative reward. In reinforcement learning the environment is represented in Markov Decision Process (MDP). The learning algorithm tries to target the large MDPs where the model is infeasible by not assuming predetermined knowledge of a mathematical model.

Reinforcement learning can be understood with a simple example of a child in a living room. A child sees a fireplace and tries to approach that fire. It is warm, it is positive, the child feels good (positive reward +1). The child understands that fire is a positive thing. However, when the child tries to touch that fire, it burns the child’s hand (negative reward -1). The child just understood that fire is a good thing at a sufficient distance, but not too close. That is how reinforcement learning learns from some set of actions.

Machine Learning has more than 60 different algorithms, which can be used based on different problem environments and application domains. In this blog, we have gone over some of the most used and popular machine learning algorithm and their applications. 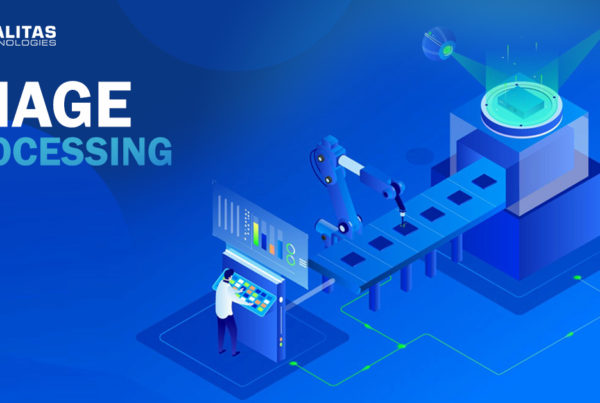 Image Processing And Its Steps 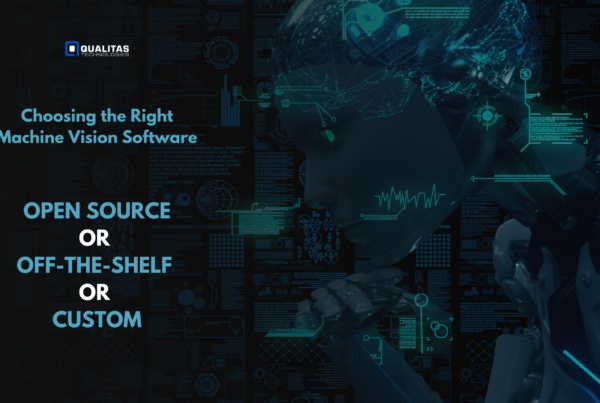 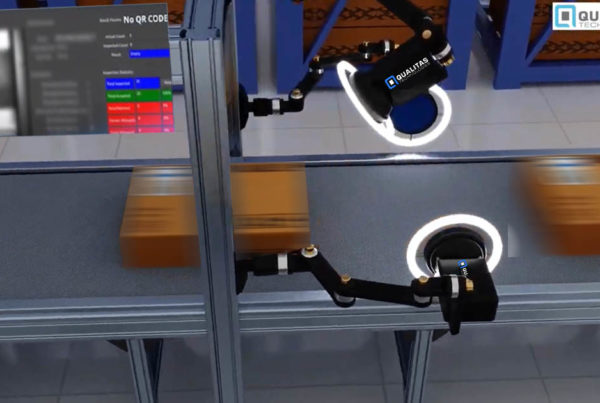