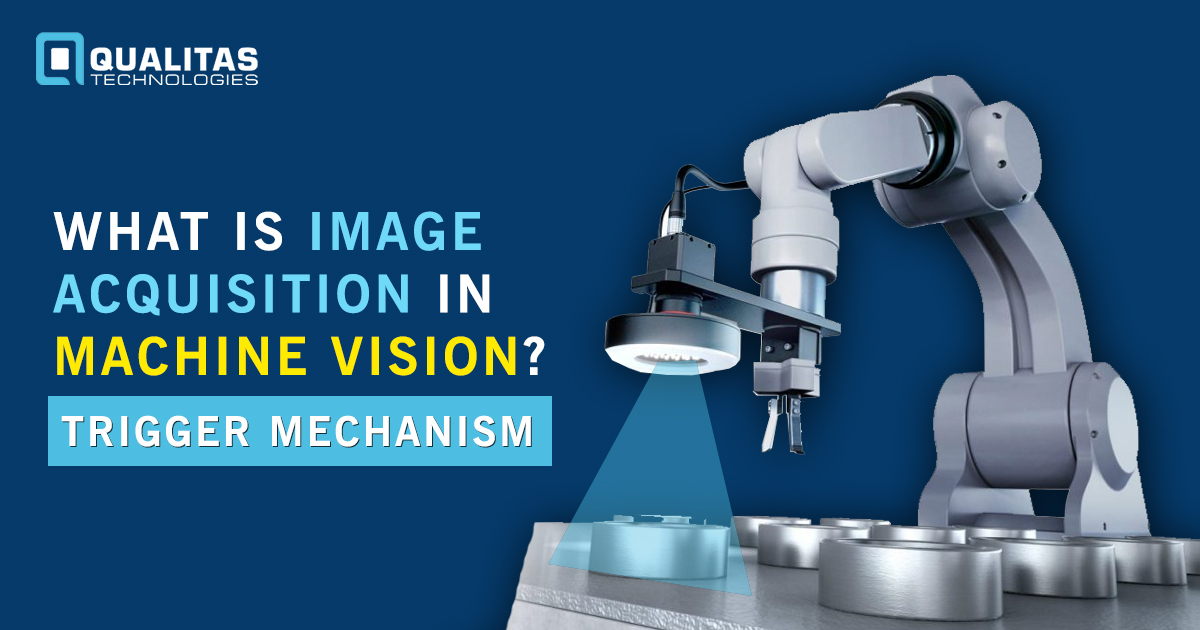 Machine vision has become the eye of industrial automation. Despite its relatively recent inception, it has gained traction in quite a number of industries because of its ability to provide augmented accuracy and quicker turnaround simultaneously. An MV system’s accuracy plays a pivotal role in the success of a product in the market. In other words, the efficiency of the machine vision system significantly impacts the overall efficiency and the net throughput of the production environment.

However, machine vision systems can be inaccurate and inefficient in few cases. Some systems work perfectly in a lab but fail to meet the accuracy standards on the production line. One of the major reasons why this occurs is that systems are built in a lab and then implemented right away in the factory environment. The core reason why this approach is incorrect lies in the image acquisition process.

What is Image Acquisition?

Image acquisition can be defined as the act of procuring an image from sources. This can be done via hardware systems such as cameras, encoders, sensors, etc. Irrefutably, it is the most crucial step in the MV workflow because an inaccurate image will render the entire workflow useless. Since machine vision systems don’t analyze the acquired digital image of the object and not the object itself, gaining an image with the right clarity and contrast is paramount.

In the image acquisition step, the incoming light wave from an object is converted into an electrical signal by a combination of photo-sensitive sensors. These small subsystems fulfill the role of providing your machine vision algorithms with an accurate description of the object.

There is a common misconception getting the right colors is most significant in an MV system. But that’s not always true. Colors often introduce more noise and make detection more difficult. The supreme goal of an image acquisition system is to maximize the contrast for the features of interest. The right image is one in which the feature of interest is clearly visible to the camera. We will now discuss the parts of an image acquisition system.

The image acquisition system is composed of four significant parts. While the efficiency of the sensors and cameras might vary with the available technology, the users have absolute control over the illumination systems. The major image acquisition components have been mentioned below:

In this blog post, we will concentrate on the trigger mechanism involved in the image acquisition process.

Image acquisition in modern imaging and vision applications is accomplished via a trigger. A trigger is a mechanism that signals the camera to acquire the image. The sensor in the industrial camera is continually exposed since they lack a mechanical shutter, unlike the single-lens reflex cameras. A wholly free-running camera reads the input from the sensor. When an “image query” is witnesses, the image is captured completely. Post this, a new image acquisition cycle begins, and the completely captured image is transferred to the industrial PC.

The trigger can be in the form of sensors, PLCs (Programmable Logic Controllers), and push buttons if needed manually. There can also be some cases in which no trigger is required. Here’s an advanced tip for you. Triggers also depend on the kind of camera in use. Line scan cameras have two triggers (Line trigger and Frame trigger). Area scan cameras, on the other hand, have only the frame trigger.

We have listed down some use-cases so that you can better comprehend the different kinds of trigger mechanisms.

This particular use-case involves a constantly operating conveyor that moves the beadings past the line scan camera. Since this use-case demands a continuous inspection, a trigger is not necessary. However, this scenario might use a line trigger.

This use case involved a robotic arm picking up an object and placing it in front of the camera. So, how does the camera know when to capture the image? This role can be fulfilled by a PLC. So, when the object reaches the camera, the controller sends a signal that the part is now in place to be imaged.

This use-case involved the use of a conveyor for the movement of refrigerators past the area scan camera. A photo-sensor or any other suitable sensor can be used in this case to trigger a camera when a refrigerator is sensed.