Given the significant dependence of machine vision systems on the quality of the captured images, choosing the right kind of camera for your vision application is of paramount importance. It is because cameras are the “eyes” of a vision system and are critical to its performance.

The right kind of camera selection is a key aspect in determining the quality and realization of the vision solution. Some factors to be considered while choosing the camera include the performance of the sensor, the interface technology, image transfer, camera features, and compatibility with the desired vision application.

What is an Industrial Camera?

An industrial camera is a kind of camera that is specifically made to perform under unfavorable conditions. These cameras control the production cycle, track units across the supply chain, and inspect even miniature components. They find considerable use in several applications such as science, traffic control, production, medicine, and especially in industrial automation and robotics.

Now, the question is, why would one use expensive and complex industrial cameras instead of the widely available, cheaper alternatives. Let’s find out.

Regular and industrial cameras can be compared on the following metrics:

Their high grade of reliability distinguishes industrial cameras from the regular alternatives. Industrial cameras commonly have sturdy housing that protects the internal mechanisms from dust, rain, humidity, etc. durable materials such as metals and reinforced plastics are used in industrial cameras. Therefore, such devices can stand non-standard and even harsh conditions. They also have much longer life cycles.

What are Smart Vision Cameras?

A smart vision camera is a self-contained, standalone machine vision system with built-in image sensors in the housing of the industrial video camera. Along with the image acquisition abilities, they are also capable of extracting application-specific data from the captured images, generating event descriptions, and making decisions themselves. It is not necessarily larger than the typical industrial or surveillance camera.

Unlike the traditional industrial or commercial cameras, industrial smart cameras can decode the pictures that they capture, reducing their dependence on human perception. They have a wide range of capabilities and can accomplish relatively sophisticated automated operations. The components that make up an industrial smart camera are the following:

A charge-coupled device (CCD) or a complementary metal-oxide-semiconductor (CMOS) converts the lens projections into voltage sequences that can be digitized and stored.

A CPU, or sometimes, a digital signal processor (DSP), carries out the algorithmic programs for interpreting the digital images.

This technology is responsible for connecting the cameras to external devices. In this case, an Ethernet or RS232 signal carries encoded images to a computer for analysis.

Primary and secondary memory hardware, such as Flash or RAM, is used to run CPU programs or to store images for future use.

A lighting or illumination apparatus is necessary for capturing clear images.

A digitization circuit is a conversion device that maps a set of points onto images and converts them to pixels to create a digital form. 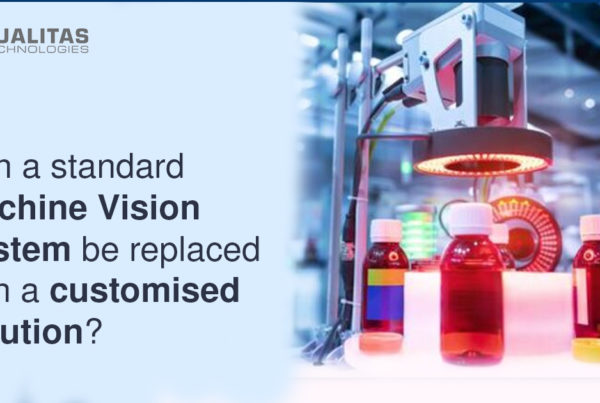 Can A Standard Machine Vision System Be Replaced With A Customized Solution? 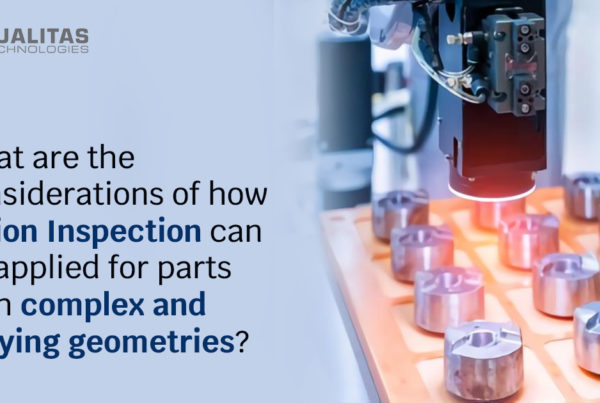 What Are The Considerations Of How Vision Inspection Can Be Applied For Parts With Complex And Varying Geometries? 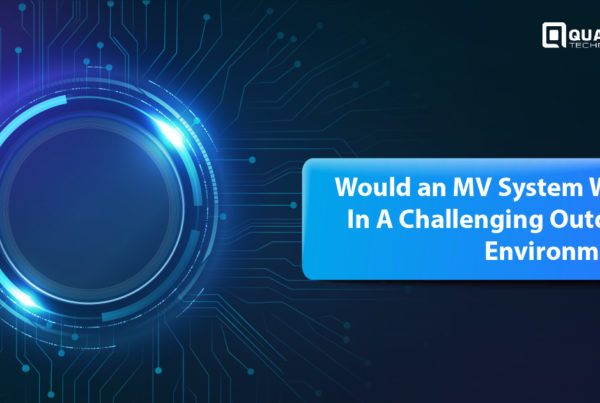 Would A Machine Vision System Work In A Challenging Outdoor Environment?