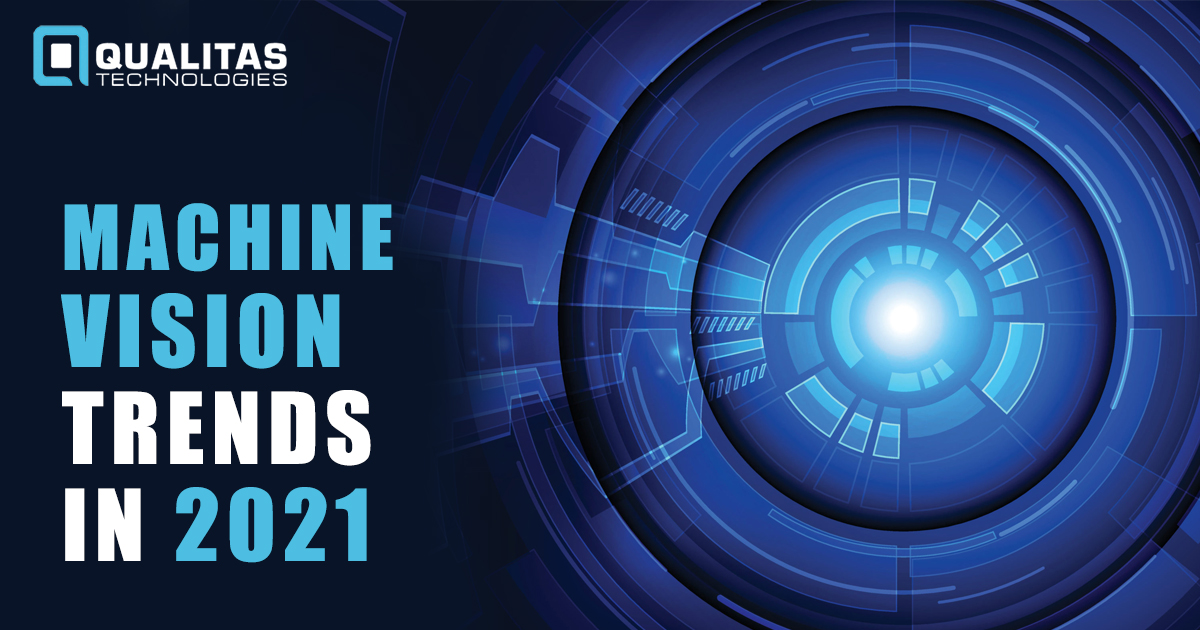 Machine vision systems, also known as industrial image processing, continues to be in high demand especially in areas such as planning, manufacturing, and quality control. The machine vision system globally is expected to grow from $7.91 billion (2017) to $12.29 billion by 2023.

A compound annual growth rate of 7.61% is being experienced. The analyst firm attributes this growth to demand for automation in smart factories, connected technologies in the Internet of Things, and the development of AI.

Here are the predicted trends for Indian Machine vision industry in 2020:

Competitive pressure as well scale are going to see component and system prices of machine vision reducing. The main drivers are going to be lower system component costs. Some of the key components are:

This market has been dominated by European and North American players like Basler, FLIR and Teledyne Dalsa. The camera market is getting commoditized and the consolidation trends continue. In the past there were some acquisitions, like

Founded in 1997 and based in Richmond, British Columbia, Point Grey is a global leader in the development of advanced visible imaging cameras and solutions that are used in industrial automation systems, medical diagnostic equipment, people counting systems, intelligent traffic systems, military and defense products, and advanced mapping systems.

And according to sources, WILSONVILLE/ FLIR Systems, Inc reached a definitive asset purchase agreement to acquire the business of Point Grey Research, Inc., a leading developer of machine vision cameras for use in industrial, retail, scientific, traffic, mapping, and other advanced imaging applications, for approximately $253 million.

Omron Corporation is a global leader in the field of automation based on its core technology of “Sensing & Control + Think.” Established in 1933, Omron has about 36,000 employees worldwide, working to provide products and services in more than 110 countries and regions. The company’s business fields cover a broad spectrum, ranging from industrial automation and electronic components to automotive electronics, social infrastructure systems, healthcare, and environmental solutions. And in the year 2017, Omron acquired Sentech.

Through the acquisition of ST, Omron has been working to develop an ultra-compact and high-definition smart camera that can be easily installed virtually anywhere. This can be achieved by combining ST’s design technology for creating compact, high-resolution, and high-speed cameras with Omron’s high-speed and high-accuracy image processing technology.  The combination of Omron’s technologies and ST’s one has also enabled new automation systems that eliminate the dependence on human vision. This will help free operators from demanding visual inspection tasks, while allowing Omron to develop new markets.

Balluff is a global solution provider for all areas of automation. The family-run company based in   Neuhausen on the Fildern for four generations is one of the largest manufacturers of industrial sensors and sensor technology. Balluff has 68 sales offices and representative offices as well as ten production locations around the world. The number of employees in 2018 was around 4,000 worldwide. And in the year 2017, after several years of the development partnership, MATRIX VISION GmbH of Oppenweiler became a part of the sensor and automation specialist Balluff.

The shareholders of MATRIX VISION and the Balluff management signed the relevant agreements in August 2017. MATRIX VISION, with its 100 employees, still operates independently and with an unchanged brand in the field of image processing. The managing directors Uwe Furtner and Erhard Meier continue to manage the company at its site in Oppenheimer. Balluff now holds 75 percent of the shares in the company, with the remaining 25 percent being retained by the previous shareholders.

E2V Technologies, which is based in Chelmsford (UK) is known for making image sensors and power components for radio frequency applications in healthcare, factories, and wireless communications. It offers microprocessors and other chips for commercial airplanes. And in the year 2017, Teledyne, which acts like a holding company for around 70 different divisions and has been focusing on systems engineering and machine vision, acquired  E2V Technologies for $789 Million.

With the entry of the large Chinese CCTV giants (like Hikvision and Dahua), the trend for a cost-effective camera market will increase. We predict the Chinese players will dominate the Indian Machine Vision Camera market in 2020.

Both Dahua and Hikvision have a large range of Machine Vision cameras, starting from area scan all the way to line scan and 3d imaging cameras.

With players like NVIDIA and Intel coming out with lower-cost inferencing hardware, Machine Vision systems are becoming pervasive.

NVIDIA continues to dominate in Artificial Intelligence (AI) to seize new opportunities in the fast-growing chip-set market. Known as the powerhouse of AI training solutions, NVIDIA has recently been pushing into the adjacent and potentially much larger market for AI “inferencing” products. Training is a data-intensive process necessary for preparing machine learning, deep learning, and other artificial intelligence models for production applications.

Training an AI model ensures that it can perform its designated inferencing tasks such as recognizing faces or understanding human speech with high accuracy.

On the other hand, Intel with the help of deep learning inference algorithms, vision systems now identify, analyze, and extract data from live-streamed, recorded, or frame-by-frame video content and have introduced features such as

With local System Integration capabilities increasing, the dependency on foreign players to cater to the rising demand of Machine vision applications in the Indian manufacturing industry will decrease and this will result in more affordable system integration services costs for turnkey projects. 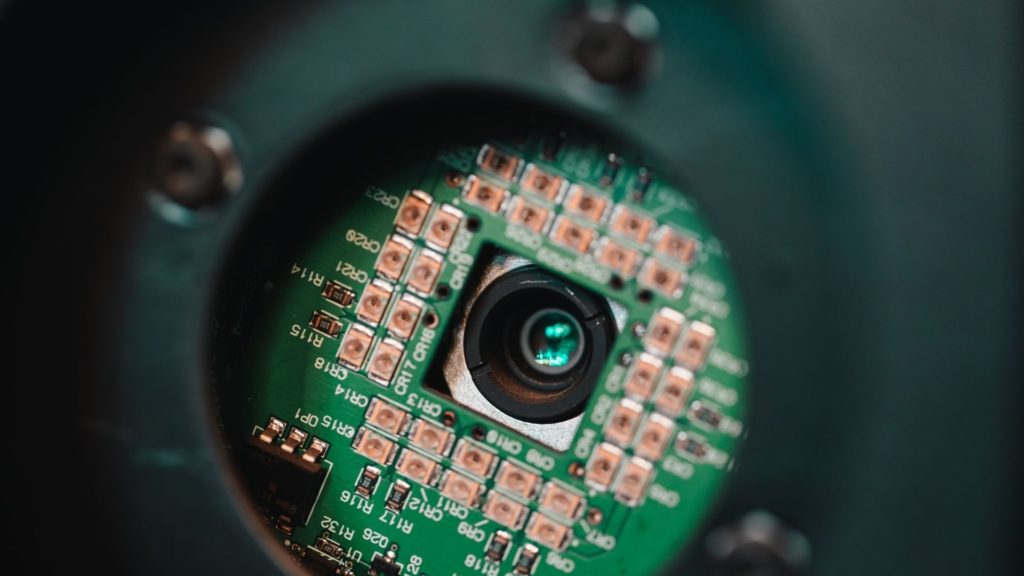 Embedded vision combines image capture and processing abilities into one vision system, which is typically embedded in a larger system with a broader focus. While it’s a relatively new technology, embedded vision will play a major role in the progression of automation in manufacturing for years to come.
The manufacturing sector as a whole is moving towards greater and greater levels of automation as they strive for higher levels of productivity, safety, and low-cost production. Automation technologies have been a reliable source of efficiency for manufacturers. As this technology advances, embedded vision systems will become increasingly common.

3D imaging, also called stereoscopic imaging is a technique used to record and display 3D(three-dimensional) images or an illusion of depth in an image. Stereoscopic images provide spatial information that tracks a user’s brain into believing and seeing depth in the images. The 3D imaging market has grown from USD 4.9 Billion (2015) to USD 16.6 Billion (2020). (Source – Markets and markets)

3D imaging market technology is being extensively adopted by various industry verticals for several purposes such as better visualization and improved imaging, which has increased the demand of this technology among organizations. It is currently being used across the medical and healthcare vertical for augmented patient care and diagnosis that has encouraged 3D imaging vendors to offer superior imaging solutions meeting their specific requirements within the medical industry.

3D imaging market provides a visual effect that generates a perception of depth and viewers get an enriched 360-degree viewing experience of the image. Due to the low-quality visualization, this technology was gradual in adoption. However, the emergence of improved technologies such as 3D displays and 3D image sensors, capable of delivering high-resolution visuals, has stimulated the adoption of 3D imaging among diverse verticals.

The commercialization of 3D imaging solutions has increased across a wide range of products such as animation, smartphones, computers, televisions, gaming, cameras and camcorders, along with various industries.

Trends of 3D imaging for industry A conventional structured light technique is derived from stereo vision. In stereo vision (inspired by a nature of human vision), one uses a pair of cameras to capture an object from two different perspectives. On the other hand, in the advanced structured light approach, one of the cameras is interchanged by a pattern projector, which emits a well-defined structured illumination. The camera and the pattern projector are a calibrated unit and are focused on the scanning area (Object). The pattern projector emits a set of coding patterns projected in a succession, one after another. These coding patterns encode spatial information. The camera captures the scanning area once per every projected pattern. The algorithm computes an exact 3D position of the object point.

A big advantage of this technique is that it works independently of the object’s texture and results in high 3D reconstruction quality. It also offers a good speed of acquisition compared to say standard stereo-vision methods. Photoneo PhoXi Scan is an ideal example of a 3D camera system employing advanced structure lighting and uses a unique custom-designed projection unit.

3D TOF cameras use either a pulsed or continuous wave NIR light to illuminate the object/scene. When using pulsed light, the time it takes for the light to be reflected back is measured and used to calculate distance. Whereas with continuous waves, it is the phase shift between emitted and reflected light that is measured to determine the distance. The TOF uses pulsed NIR and is delivered as a fully calibrated unit with a GigE Vision interface for ease of connectivity. It provides both a 2D image as well as per-pixel depth information.  (Source – Multiplex)

On the basis of industry verticals:

2021 is going to witness increased adoption in Machine Vision in the Indian manufacturing and industrial automation market. Primarily driven by decreasing costs and fueled with new technologies like AI. The Indian market is set to see strong growth and we’re going to see a lot more foreign players making huge bets in the subcontinent in the years to come. 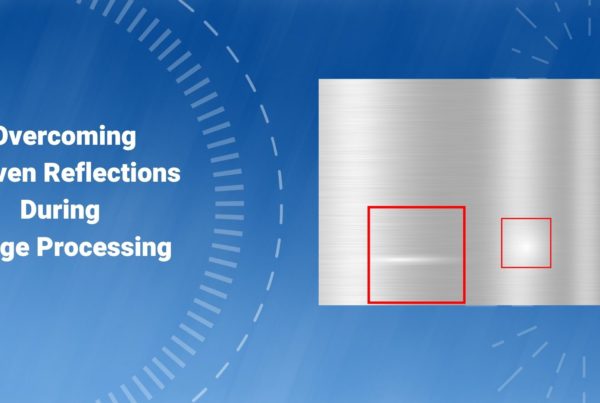 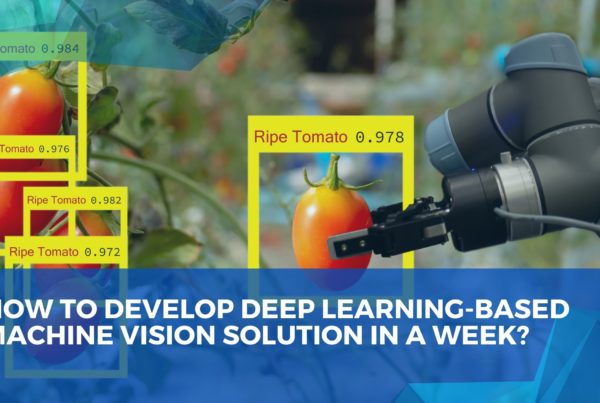